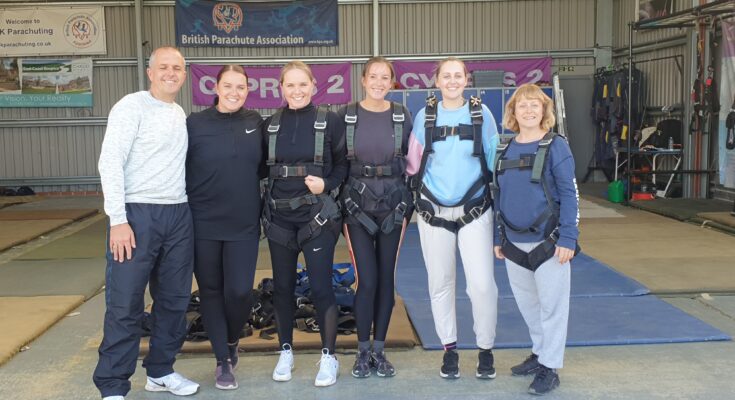 When Suffolk Mind asked if any of our staff would like to jump out of an aeroplane to raise money for the charity, six of us from across Pound Gates and Sevatas, now known as The Senseless Skydiving Six, jumped at the chance.

On Saturday 1 October, the six, along with 28 thrill-seekers gathered at Beccles Airfield for the jump of their lives.

Although there was mixed emotions from our team, all six did the jump from 13,000 ft. at a speed of 120 mph, and made it safely back to earth.

Their fundraising efforts contributed over £3,000 to the overall total of £22,000 raised on the day.

Well done to everyone who took part for this worthwhile cause.

You can watch a brief roundup of our team’s day below.

If you would like to support Suffolk Mind you can still make a donation here.