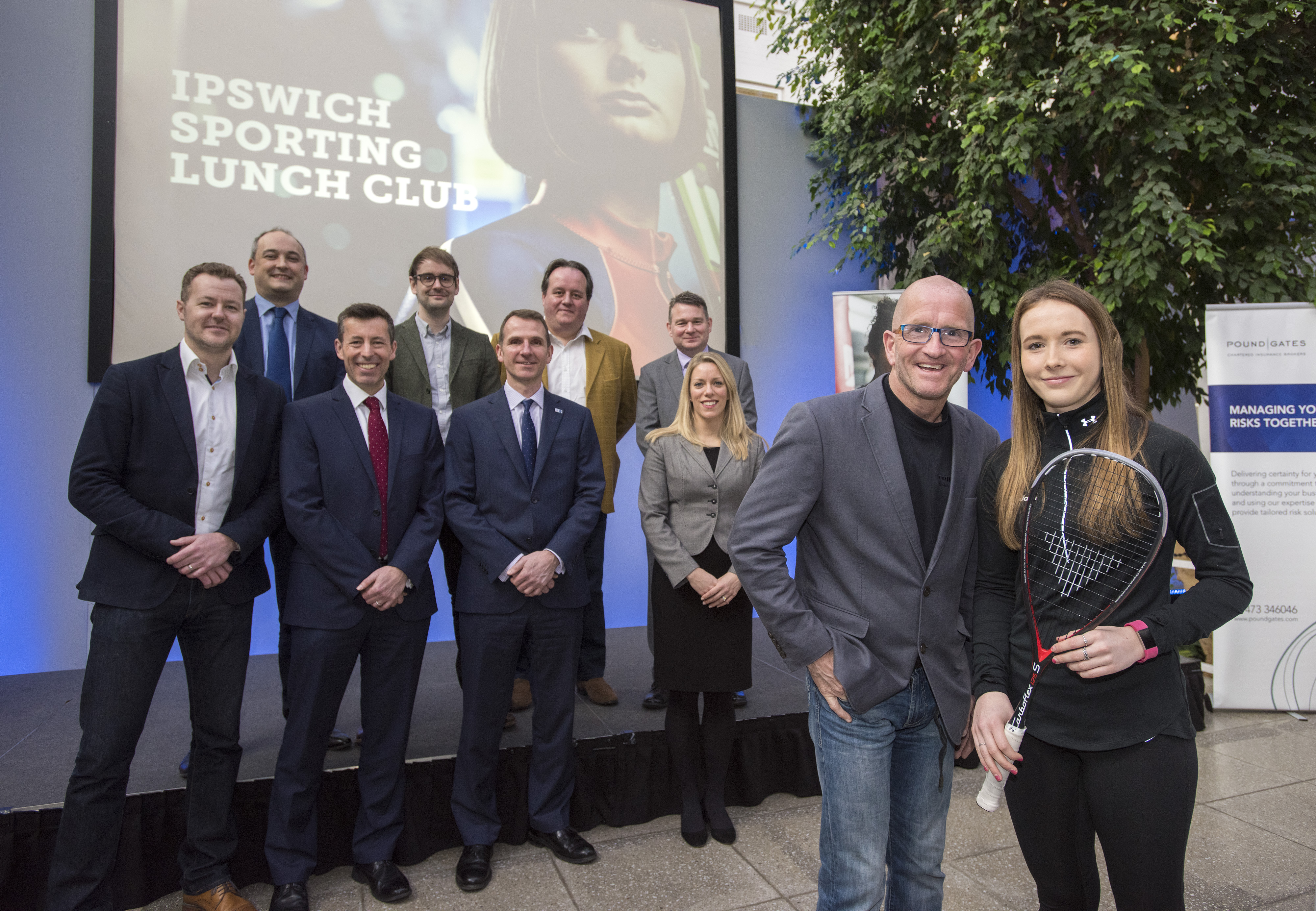 Sporting legend Eddie ‘the Eagle’ Edwards flew in to Ipswich today (Friday 24th February) to help raise funding for Suffolk’s up and coming sportsmen and women.

Edwards, who became the first competitor since 1929 to represent Great Britain in Olympic ski jumping, was guest of honour at the Ipswich Sporting Lunch Club at Wherstead Park near Ipswich.

Ipswich Sporting Lunch Club was set up in January 2015 to raise money for SportsAid, the national charity for sports people, to enable them to support talented up and coming sportsmen and women from Suffolk. SportsAid works with the governing bodies of 75 sporting disciplines, to ensure the right athletes get financial support and recognition at the right time.

Turmel is the stand out player in her age group nationally having won the British Junior Closed and the English Junior Closed Championships in 2016. She was also the top female English player at the World Junior Championships last summer and only lost to a very good Egyptian player in the third round before going on to win all her remaining matches. She is predicted to be England’s number one player at the World Junior Team Championships this summer in New Zealand.

Peter Tickner, from Corbel, said: “It’s not often you get the chance to listen to a genuine sporting legend but today we did just that. Eddie was inspiring and engaging and I can fully understand how he won the hearts of the world at the 1988 Winter Olympics.”

Lucy Turmell commented “this grant will make a massive difference to me. I am so grateful to all the businesses behind the Ipswich Lunch Club and everybody who attended today for everything they’re doing to help sportsmen and women like me from Suffolk. I can’t thank them all enough.”

Andy Smith from StrategiQ added “Lucy is a wonderful role model and athlete and we will be following her progress with interest. It’s gratifying to know that just by enjoying a good lunch with a great speaker we can make such a difference to a young sportsperson’s life.”

The Ipswich Sporting Lunch Club’s next event takes place on Friday 22nd September when Olympic skeleton Gold medalist Amy Williams MBE, will be guest of honour. Details will be available at www.ipswichsportinglunchclub.co.uk.