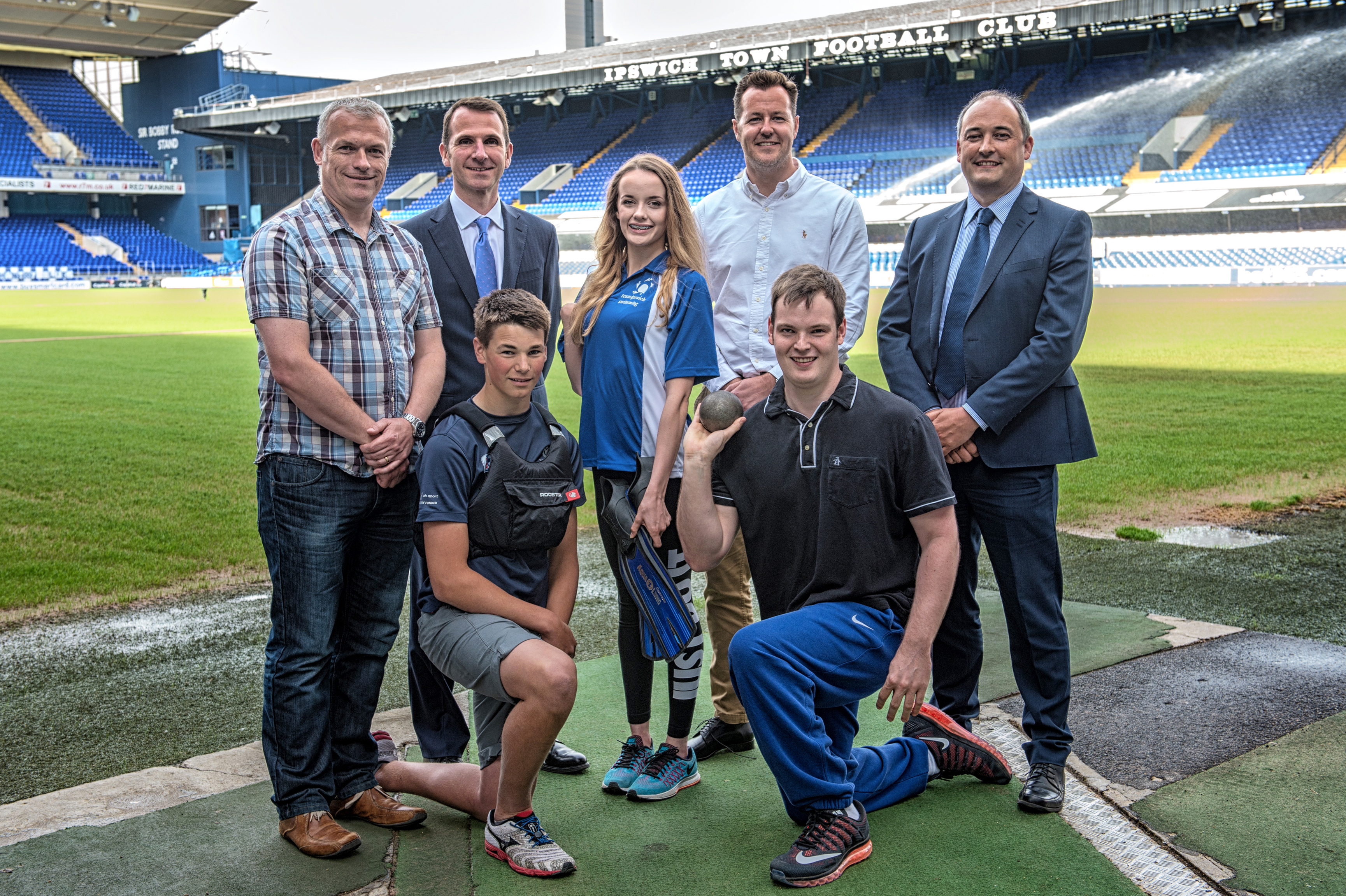 Three up-and-coming sports stars from Suffolk have been helped on the road to future sporting success thanks to funding raised by Ipswich businesses.

Sailor Joseph Drake, athlete Jonathan Adams and swimmer Elise Martin De La Torre were all presented with SportsAid Awards at Portman Road the home of Ipswich Town Football Club, by representatives of the businesses behind the Ipswich Sporting Lunch Club.

The Club, which was established in 2015, raises vital money to support talented young sportsmen and women from Suffolk. It is spearheaded by 7 local businesses working together with SportsAid, the UK’s leading charity for young athletes.

15 year old Joseph Drake scooped a silver medal at the National Topper Championships and came 9th in the world championships in 2015.

Jonathan Adams (23) is a veteran of the London 2012 Paralympic Games and competes in the shot put. Although he has been plagued by injury since the Games he still managed to set 7 British outdoor records during the 2014 season and place 4th at the International Paralympic Committee European Championships.

17 year old Elise Martin De La Torre is a para swimmer of some potential. Part of the British Paralympic swimming programme she has a World ranking of 7 and a European ranking of 4. She collected 2 silvers and a bronze recently at the Manchester Open Disability Long Course Event.

Thanking members of the Ipswich Sporting Lunch Club, all three recipients said the grant will go towards funding travel and accommodation expenses for competitions, as well as buying additional sporting equipment.

Andy Smith, of Ipswich-based marketing agency StrategiQ, one of the sponsors, said: “We are delighted to be able to help three such talented athletes to achieve their sporting goals. All the members and sponsors of The Ipswich Sporting Lunch Club wish them every success in the future. We will follow their careers with great interest.”

More than £5,000 was raised at the most recent Ipswich Sporting Lunch Club event, which is supported by local Suffolk based businesses wishing to contribute to the success of the county’s top young athletes.

Further details about the Ipswich Sporting Lunch Club including their next event, with British athletics legend Derek Redmond, can be found at www.ipswichsportinglunchclub.co.uk.