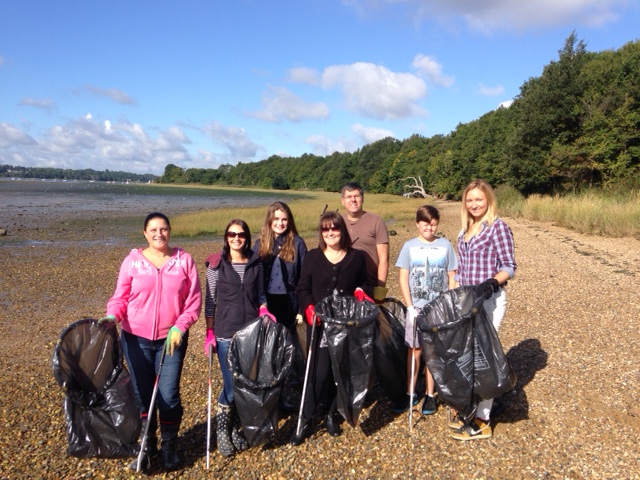 On Saturday 19th September a team of six Pound Gates’ staff, joined by two younger members, gave up a morning of their weekend to take part in the Marine Conversation Society’s Great British Beach Clean.

Taking responsibility for a stretch of beach just outside Ipswich between Nacton and Levington, the team unearthed a wealth of treasures including 1 wellington boot, half a skateboard, a wooden spoon and a crabbing net! Eight bags of rubbish later and the team could reflect on a job well done.

Everyone that took part really enjoyed themselves. The weather was great and we had a lot of laughs along the way. We plan to make it an annual event, so why not join us next year? The Pound Gates’ team was made up of Ally, Ginny, Viv, Sian, Craig (and son, Matthew) and Del (with daughter, Grace).