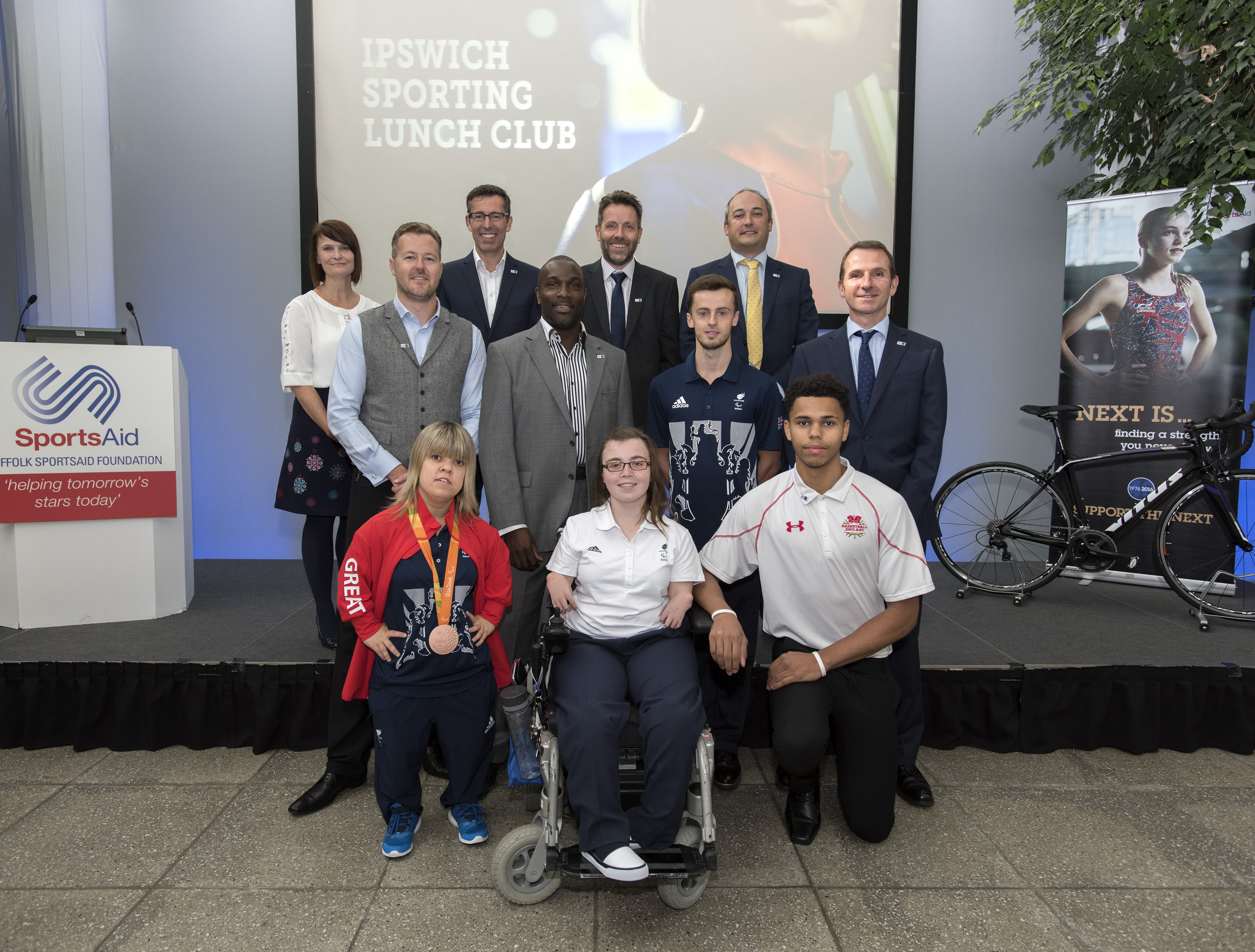 Just a few days after stepping off the plane from Rio, Zoe Newson, Ryan Crouch and Evie Edwards all attended the latest Ipswich Sporting Lunch Club event at Wherstead Park near Ipswich.

The Club was set up in January 2015 to raise money for SportsAid, the national charity for sports people, to enable them to support more talented up and coming athletes from Suffolk. SportsAid works with the governing bodies of 75 sporting disciplines, to ensure the right athletes get financial support and recognition at the right time.

The event saw Caleb Fuller (17) presented with a funding award by Derek Redmond after having been identified by Basketball England as a rising star of the basketball world.

Commenting after receiving the grant he said “I’m very grateful to SportsAid and the businesses behind the Ipswich Sporting Lunch Club for supporting me. It’s a privilege to be recognised in this way and the funding is a massive boost.”

Andy Smith from StrategiQ said “I’m sure I speak for all the businesses involved with the Ipswich Sporting Lunch Club when I say that we are proud to do our bit for the next generation of sporting heroes from Suffolk. People like Caleb are wonderful role models. We wish him well for the future and will follow his progress with interest.”

All 3 Suffolk Paralympians attending the event are past recipients of SportsAid support. Zoe Newson, who won a bronze medal in Rio said “SportsAid in Suffolk has played such a huge part in helping me as an athlete. Not only have they provided invaluable financial support at critical times in my career but they have also shown real belief in me as an athlete. I will always be very grateful to them.”

The next Ipswich Sporting Lunch event will take place on 24th February 2017 when the guest speaker will be none other than Eddie ‘The Eagle’ Edwards. Full details are available from Rob Appleton at Pound Gates Chartered Insurance Brokers on rob.appleton@poundgates.com.