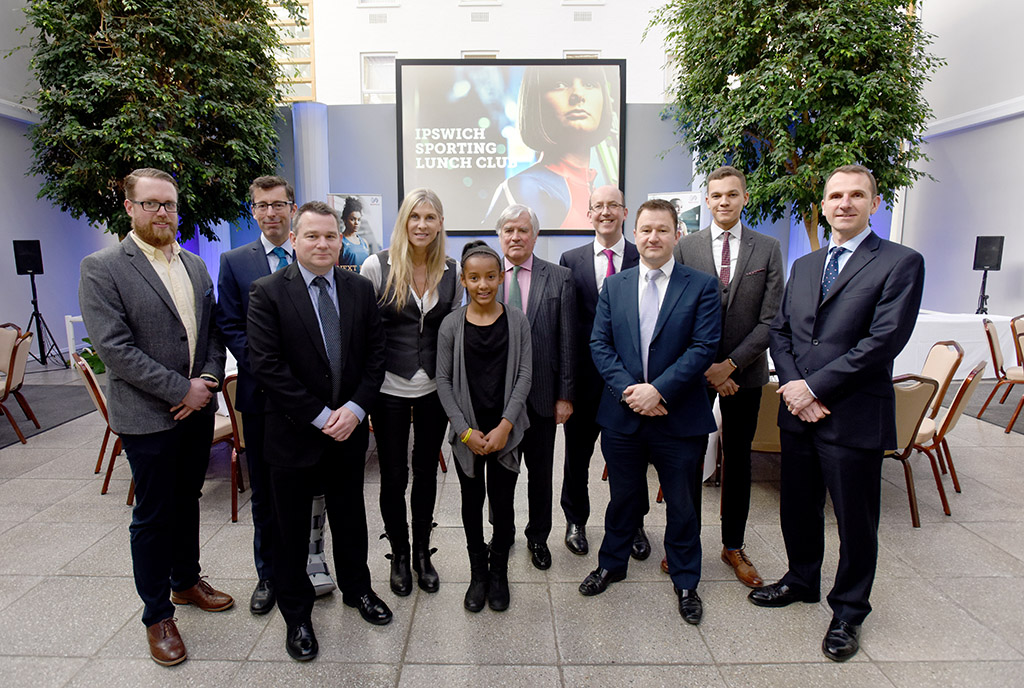 Aspiring tennis star Justice Hall from Ipswich has become the latest young athlete from the county to be recognised by Suffolk SportsAid.

Hall, who is a member of the Great Britain 12 and under squad, secured a 3rd place finish at the national finals last year. Training for 15 hours a week, she is described by British Tennis as an athlete showing real potential to be able to step up to compete at international level.

The young tennis player was presented with a SportsAid award by Sharron Davies MBE at a recent Ipswich Sporting Lunch Club event. Davies is Britain’s most successful all round swimmer having competed at the Montreal Olympics at the tender age of 13 before competing at a further two Olympic Games in a career spanning twenty years.

Following receipt of her award Hall commented “In 2016 I need to compete in 25 tournaments in the UK and abroad in order to get to the next level and achieve a year end singles ranking of top 3 for under 12 and top 50 for under 14. The support from Suffolk SportsAid is a fantastic boost and will really help me to meet some of the costs of travelling to so many tournaments.”

“It is really, really expensive to compete at national and international level. The funding we raise through the lunch club can make a world of difference to young sportsmen and women like Justice and could be the difference between them dropping out of sport altogether or reaching the very top.

“We are proud to help SportsAid and the next generation of sportsmen and women from Suffolk.”

Further details about the Ipswich Sporting Lunch Club can be found at www.ipswichsportinglunchclub.co.uk