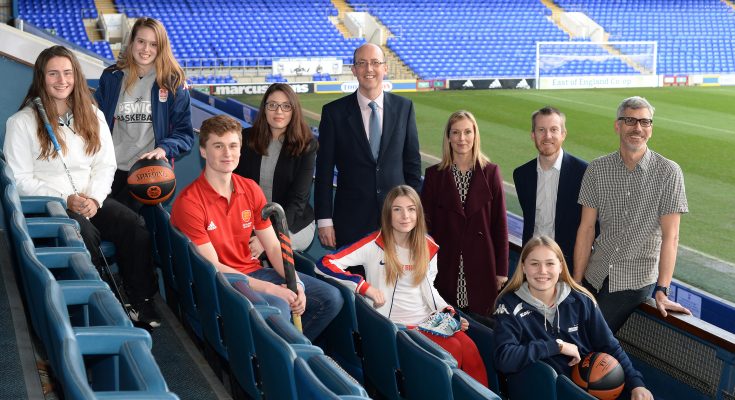 Seven super-talented young sportsmen and women from Suffolk have received a big boost following recognition from SportsAid, the national charity for sportspeople.

Each was presented with a SportsAid grant by the charity at a special reception at Ipswich Town Football Club. The grants recognise their sporting achievements to date and their future sporting potential.

The grants were made possible through fundraising by the Ipswich Sporting Lunch Club.

Set up in January 2015, the Club raises money to enable SportsAid to support more talented up and coming sportsmen and women from Suffolk. The charity works with the governing bodies of 75 sporting disciplines, to ensure the right athletes get financial support and recognition at the right time.

Andrew Rowe, Managing Director, Concertus, said “We continue to be pleasantly surprised by the huge depth of sporting talent that exists in Suffolk. It is our privilege to be able to help and support these fantastic young sportsmen and women through our fundraising and we wish them all the very best for their future sporting endeavours.”

The latest young sportsmen and women to receive funding from SportsAid are:

Emily Moyes, who is the England Under 20 3000m Champion and the second fastest British female under 20 since records began, said “I’m so grateful to both SportsAid and the local businesses behind the Ipswich Sporting Lunch Club for their amazing support. It means a huge amount to be recognised for my talent and spurs me on to work even harder to achieve at the very top level.”

Since SportsAid Suffolk was established in 2007 it has raised and distributed over £175,000 to support aspiring sportsmen and women from the county. The Ipswich Sporting Lunch Club is critical to the charity’s fundraising efforts.